As much as we respect and admire the Streng homes, there are some fundamental performance issues that often need attention.  Here are a few of the most common improvements that need to be made.

A flat roof relies on material more than gravity to shed water.  The original roofing material was typically tar and gravel. This material breaks down quickly and requires frequent maintenance.  New Foam roofs and single-ply membranes are advanced materials that last much longer than the tar and gravel systems.   The new roof systems also require much less maintenance. Some of the dramatic Douglas fir beams which travel from interior to exterior extend past the roof line and create a horizontal surface exposed to rain, making the structure vulnerable to water damage. Maintenance is also an issue here because the paint film on the top of the beams is the primary defense against rotting.  These beams can be clipped back to be flush with the overhang, as shown below, reducing exposure to the elements. The copper plumbing lines that travel from fixture to fixture come up through the concrete slab beneath the walls of the bathrooms and kitchens.  Pipes embedded in slabs are vulnerable to developing leaks.  When leaks do occur, the fix is often urgent and does not allow for a properly planned solution.  In addition, access to the pipes for locating or repairing leaks is tricky at best. The picture below shows a re-pipe with the supply lines traveling above the roof to replace the original concrete-encased lines.  This fixed the immediate problem of the leak, but left the homeowner with water that got very hot in the summer and made the tar and gravel roof difficult to access for maintenance. In anticipation of this potential costly mechanical failure, an internal overhead system can be incorporated into the scope of any bathroom or kitchen remodel.  Because Streng homes do not have much in the way of attic space, copper pipes overhead–unprotected by attic insulation—can be noisy.  Overhead plumbing using PEX piping is less noisy than copper.  A manifold can also be efficiently installed to allow each fixture to be shut off separately. This moves the plumbing into conditioned space, protecting it from the elements and temperature extremes, as well as providing better access to both the plumbing and the roof for repairs and maintenance. The iconic architectural glass was originally part of the Streng’s passive solar design.  The climate in the Central Valley is hotter than it is cold.  This means that keeping our houses cool in the summer is more difficult than keeping them warm in the winter.  The effectiveness of the passive-solar design depends on how each individual home is situated in relation to the sun’s path. Streng homes built on a north/south axis benefit from the warmth of the winter sun while staying cool in the summer.  Homes built on an east/west axis tend to overheat from the late afternoon summer sun and stay chilled due in the winter due to very little direct gain.  These homes were also built with drafty single-pane windows – the best available at the time but poor insulators by today’s standards.  The insulating value of the windows can be improved by retrofitting the windows and patio doors with double pane glass, while maintaining the low profile frames that are signature style elements for these homes.

The modernist vision that Carter Sparks had decades ago still shines through that drafty single-pane glass.  As remodelers, it is our job to appropriately apply new technologies so that his vision is maintained well in to the 21st century. 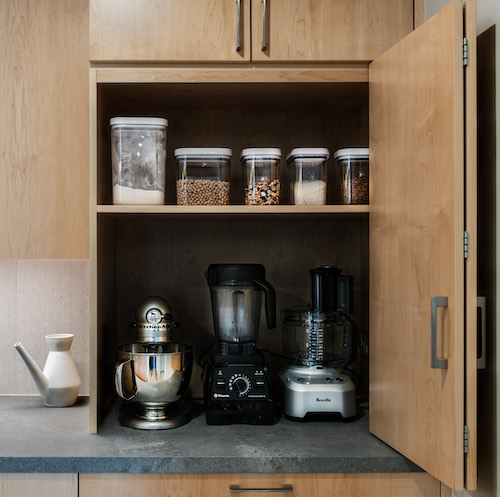